Once every 100 years Shaman's gather and face off in duels using their spirit powers and teamwork to compete for the title of Shaman King. In Shaman King players choose a shaman which comes with two Signature Strikes and control furyoku in 3 levels to play and power up their attacks. Pulling aspects from both the Shaman King anime and the manga which was featured in Shonen Jump magazine at the time. The first Upper Deck card game to use the Quickstrike system, which was called Freestyle at release. A simple system which they compare to the classic card game War, where players flip over cards from the top of their deck instead of having hands. 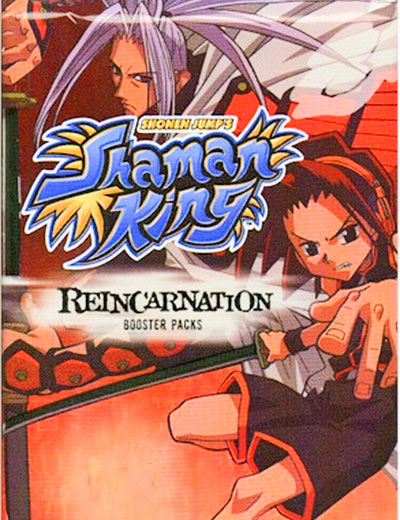